Within the South African media ecosystem, the IPO and its members collaborate with and enjoy support from a range of professional organisations, some of whom are listed below:

The National Film and Video Foundation (NFVF) is an agency of the Department of Arts and Culture that was created to ensure the equitable growth of South Africa’s film and video industry. We do this by providing funding for the development, production, marketing and distribution of films and also the training and development of filmmakers. In addition, the NFVF commissions research and produces industry statistics that provide both the public and stakeholders with valuable insights into the South African film industry. Visit website »

ICASA is a product of statute, the Independent Communication Authority of South Africa Amendment Act of 2000, amended in 2005. ICASA was established in July 2000, as a merger of the telecommunications regulator, the South African Telecommunications Regulatory Authority (SATRA) and the Independent Broadcasting Authority (IBA). The ICASA Amendment Act 2005 also provided for the incorporation of the Postal Regulator into ICASA. Visit website »

The Department of Trade and Industry

The dti´s mission is to promote structural transformation, towards a dynamic industrial and globally competitive economy; provide a predictable, competitive, equitable and socially responsible environment, conducive to investment, trade and enterprise development; broaden participation in the economy to strengthen economic development; and continually improve the skills and capabilities of the dti to effectively deliver on its mandate and respond to the needs of South Africa’s economic citizens. Visit website » 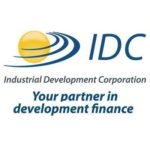 The IDC was established in 1940 as a national development finance institution to promote economic growth and industrial development. The Media and Motion Pictures SBU focuses on funding motion pictures, digital cinemas in townships, broadcasting for the development of black industrialists, developing an animation hub and films. The unit invests in the production of content, and in the services and infrastructure that support productions in this significant industry. Visit website »

The Gauteng Film Commission (GFC) develops, promotes and coordinates the film and television production industry in South Africa’s wealthiest province. An agency of the Gauteng Provincial Government, we are tasked with positioning the province as a world-class destination for film-making as well as attracting local and international investments in the film and television industry. Visit website » 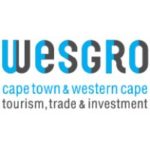 The Western Cape is a sought-after film destination. Major international and local productions are drawn by the wide range of locations, exemplary services and studios. Wesgro Film and Media assist with production in the province, including regulation guidance and finding co-production parties. Visit website »

The DFO is a division of the Department of Economic Development at the eThekwini Municipality responsible for the promotion and development of the Film Industry in the eThekwini Municipality. As a publicly funded special purpose vehicle, the DFO has a range of stakeholders, including national, provincial, local government, participants in the different business models of the film sector, host communities, local broadcasters, the international production sector, the media, suppliers and technical crew. Visit website>> 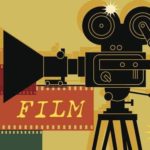 Established by Limpopo Economic Development Agency, the film office is formalising the film industry, growing the economy and creating employment in the film and production sectors in Limpopo. The priority of the film commission will be to build infrastructure that lowers entry barriers of provincial film makers in the industry, create revenue for the film commission and lessen the dependency of government in terms of grant allocation. Visit website>> 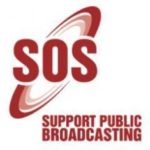 The Coalition is committed to, and campaigns for, public broadcasting in the public interest. While the SABC is its primary focus, the Coalition also looks at community media. The Coalition’s purpose is to lobby for the strengthening of public and community broadcasting in the public interest broadly, with the aim of ensuring excellent programming for South African audiences, particularly on the SABC. Visit website>> 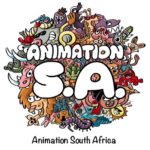 A.S.A is a non-profit organisation mandated by industry to develop and represent South African animation. Founded in 2006 by a group of like-minded animation industry professionals who came together to create a culture of knowledge-sharing in South African animation. Relaunched in 2015 with a new board of directors, their vision is to nurture a vibrant, sustainable and transformed Animation and VFX industry for South Africa  Visit website>> 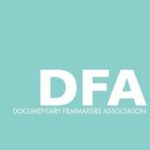 DFA was established to nurture and develop the interests of documentary filmmakers in South Africa. The documentary film genre is unique in that it can stimulate public discourse, reflect on social, political, cultural and current events in a very immediate way. It is the most accessible genre of filmmaking, yet is often marginalised within the bigger environment of film and the broadcast industry.  The DFA aims to create a unified voice for documentary filmmakers and gain recognition for this genre of filmmaking in South Africa. Visit website>>

The Personal Manager’s Association is a community of Actors Agents consisting of members; associate and affiliate members. Our goal is to guide actors in their professional careers, uphold the professional standards on behalf of the performers we represent with regards to contracts (and the standardization thereof); fees and working conditions in the areas of film; television; voice; theatre; presenting; commercials; etc. Visit website>>

SAGA was established to regulate relations between actors and film/television/theatre/radio producers, to perform and protect interests of its members; to plan and organize its administration and lawful activities; to co-operate with or join local or international organisations,; to promote, support or oppose any proposed legislative or other measures affecting the interests of its members; to provide legal assistance to members in connection with their contracts with producers; and to organise and represent members of SAGA for the purpose of collective bargaining. Visit website>>

SAGE is a voluntary, non-profit organisation which represents film and video picture editors, assistant editors and sound editors. With more than 100 active members, the guild represents most of the best talent in the feature film, TV drama, documentary, insert, on-line and sound editing in South Africa. Visit website>> 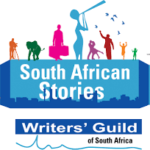 The Writers’ Guild of South Africa (WGSA) was established on 8 May 2009 and remains the only association in South Africa with the sole purpose of protecting, empowering and developing performance writers in the local film, television, radio, stage, animation and new media (internet – mobile and digital distribution, and gaming) industries. The Guild also serves as a Collection Agent for writers’ residuals and manages an affordable local Script Registry. WGSA is an affiliate member of the International Association of Writers Guilds (IAWG). Visit website>> 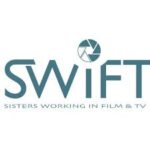 SWIFT stands for Sisters Working in Film and Television. They are a South African based NPO for women in film & TV. Visit website>>