Co-productions with international companies result in the direct investment of millions of rands into the economy. South Africa has signed co-production treaties with eight countries: Canada, Italy, Germany, the UK, France, Australia, New Zealand and Ireland. This means that any official co-production is regarded as a national production of each co-producing country, making it eligible for any benefits or programmes of assistance available in either country. South Africa also has a memorandum of understanding relating to film with India.

Visit the NFVF website for further information on Co-production treaties

The South African Government offers a package of incentives to promote its film production and post-production industry, the current guidelines have been extended to 31 March 2018. The window for receiving new application will continue as normal and it is open up until 31 March 2018. The payment of claims is conditional on prospective applicants meeting all the South African Film and Television Production Incentive Programme requirements and subject to the availability of funds. The incentive programmes include: 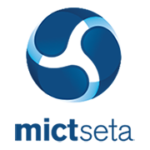 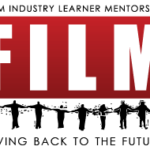 In order to stimulate and advance skills development, meet the current needs of industry, and to ensure the industry’s future growth and competitiveness, the NFVF provides funding for national bursaries, international bursaries and grants to organisations that offer training and development programmes which are related to audio-visual industry   Visit website>>.

The Human Capital Development Department aims to develop and implement programmes for skills development and industry support. Human Capital takes various forms including programmes that redress the current skills shortage by creating new skills in the film and television value chain that to ensure competitiveness in the region. These programmes aim to enhance the capabilities of the local filmmakers to increase the KwaZulu-Natal local content on the South African and International distribution platforms with the vision to sustainable employment in the KZN film and television sector. Current interventions drive transformation, diversification and service excellence through skills development in the local film industry. Visit website>>

M-Net’s mission is ‘to create the best television entertainment in Africa and beyond’. To this effect they have invested significantly in local productions, which are set to make Africa a significant player on the entertainment global arena. Productions such as Studio 53 are set to captivate audiences from Cape to Cairo and indeed the rest of the world. Whereas the adaptation of world-renowned shows such as Big Brother and Idols endeavors to keep our subscribers in touch with world-class shows. We call it magic! And we shall strive to keep the ‘magic’ flowing. Visit website »

The SABC’s values are Conversations and Partnerships; Restoration of human dignity and Building a common future. The main object of the Corporation is to supply broadcasting and information services and services that are ancillary thereto, to the general public in the Republic of South Africa and beyond its borders and to achieve the objectives as set out in the Broadcasting Act 4 of 1999. Visit website »